If you’re like me, you’ve probably been digging around for all things Batman vs. Superman-related, (let’s hope that’s not the f*cking title, I mean come on WB/DC). And in your mad search, you’ve likely come across an array of names concerning who may be next assuming the role of The Dark Knight I’ll just throw some of them out there: Richard Armitage, Josh Brolin, Micheal Fassbender, Wesley Bentley, Jon Hamm, etc, etc. I guess one could say that any of the aforementioned actors would be great at being Batman and all. But in all seriousness, I think it be smarter to really look at who’s seriously up for the role.

Here are your top contenders:

BUT OMGGG! LEX!!! WHY IS BALE NOT ON THAT LIST? WHAT ABOUT BALE, HUH? IS CHRISTIAN BALE NOT GOOD ENOUGH ANYMORE? I MEAN, I COULD SEE NO ONE ELSE AS BATMAN, LEX! COME ON, LEX!

Ah. I see. You’re one of those people who think Christian Bale is coming back to don the cowl. It’s okay, because I am secretly one of those people too. However, we have to be realistic here. Time and again, Bale has shown no interest in stepping back under the cowl. He’s not coming back and he wants you to get the f*ck over it (Well, I’m sure that’s not what he said, but we can paraphrase, right?). Frankly, I don’t blame him. He had a nice, long run as Batman and was a part of—regardless of whatever flaws—one of the best trilogies in years. So, let the man leave in peace and on a relatively high note too.

Now, if we can revisit our top contenders, here is what I want to start out saying in addressing them: Who the f*ck thought it was a good idea to include Gosling in this?

I want to know.

I mean, the dude doesn’t even have a definitive jaw-line and Bats has to have that.

Granted, the guy can act and all, and good for him, but when I hear the words Batman or Bruce Wayne, I in no way, shape, or form think about bloody Ryan Gosling. And if you’re still that person who is gunning for Gosling, please punch yourself in the face.

Anyways, moving on to the other two contenders, I think the actor with the most clout here has to be Brolin. The guy’s filmography is solid and if you don’t believe me, feel free to check him out in films like True Grit and No Country For Old Men. Furthermore, while Brolin doesn’t quite make 6′ 0” as most people would like, he does have the jaw-line and the acting chops. Personally, I wouldn’t hate it if he was cast. I mean, at least he’d get to say that he had played both Batman and George W. Bush.

Yes, this did in fact happen.

Moving on, our final contender is Joe Manganiello. Standing at an impressive 6′ 5” and possessing an equally rocking body, Manganiello would definitely be a good choice if we’re considering the physicality that it takes to be Batman, especially if they’re going for a Arkham Asylum/Arkham City-ripped Batman.

I mean, LOOK at that bod. Man.

However, sorry—not sorry—to be that person, but does Manganiello really have the acting skills to pull this thing off? True, he is no stranger to the genre, (he had a turn as Flash Thompson in Sam Raimi’s Spider-Man), but is that actually enough? His most substantial role at this point has been as Alcide Herveaux on True Blood. Most would say that that’s not much of anything, but let me make a case for Manganiello. For starters, despite the show True Blood being his most popular role to date, Manganiello has garnered much critical praise for it. In addition, Manganiello attended and was trained under the Carnegie Mellon School of Drama. As one of the oldest and most respected undergraduate conservatory training programs in the country, (and quite possibly the world), if they saw fit to accept Manganiello into the fold, why shouldn’t we? I’m just saying we may want to give the dude a chance before we shut him down.

Fun Fact: Manganiello was previously up against Henry Cavill and others for the titular role in 2013’s Man of Steel.

Anyways, now that I’ve gone over who is actually in contention to be the caped crusader, let me talk about who should be in running.

Here are your should-be contenders:

Seriously. WHY THE F*CK HASN’T URBAN BEEN CONTACTED YET? First off, Urban has that tall, brooding look—he stands at 6′ 1′. Also, no stranger to heavily physical roles, Urban played Éomer in The Lord of the Rings trilogy, Caesar in Xena: Warrior Princess, and Judge Dredd in Dredd. And speaking of Dredd, if you are/were a fan of Christian Bale’s raspy ass voice in The Dark Knight trilogy, Urban did it Dredd and he did it well. In fact, call me a wishful thinker or bias, but I consider that entire movie Urban’s audition for the Batman role. He’s definitely my number one choice.

And then there’s Anson Mount. Granted, the hype surrounding him didn’t really consummate until his current show, Hell on Wheels, garnered popularity, but regardless, the critical buzz around this guy is becoming deafening. Like Urban, Mount stands at 6′ 1”, and as a bonus, has blue eyes, which—apparently—Bruce Wayne has, depending on what you’re reading. He’d be another good choice. 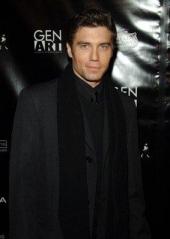 And now, here are some honorable mentions that I kinda don’t have the time to discuss.

So by now, you’ve probably asked yourself mostly everyone—save Manganiello and Gosling—is literally 40 or over. I mean, aside from the specific call/mention for an older, wiser, 30-40ish Batman from WB/DC, I can see where you’re coming from. In a world where the next Batman would definitely be in for a multi-picture deal, (especially when you start talking about the future of The Justice League), it would be ideal for WB/DC to clinch someone who’s slightly younger and can put some serious time into the role/impending reboot. In addition, the physical demands accommodating the cowl are astronomical at best. Do we really want a 40/40-ish guy to assume the role?

Well, call me that person, but I figure that badassery—depending on the person, obviously—could possibly defy age. And I say “possibly” with some slight restraint. If that’s still not enough, I once again bring up Bale, who is 39 at the moment. So, to be entirely fair, he’d be ‘too old’ to assume to role of The Bat at this point too. Also, actors like Brad Pitt, Liam Neeson, and Tom Cruise—to some extent—are proof that age is not necessarily important in this case.

THIS IS IN NO WAY A LICENSE TO CAST SOMEONE AS OLD AS DIRT, like Betty White or something. (Although, I do admit that seeing Betty White as Batman would be funny as hell).

In the end, I personally hope that either Urban, Mount, or Evans—Urban especially—swoop out of nowhere and clinch the role. If that doesn’t happen, I wouldn’t mind Brolin or Manganiello playing Bats.

Who do you think should don the cowl next? Sound off below!

4 thoughts on “THE DARK KNIGHT RECAST…Again”