Going into the Disney’s upcoming new movie Frozen, many think that it will be similar to another Disney film–Tangled—in that it seems to have the same charm, humor and adventure that helped make Tangled such a success. As seen in the teaser trailer, in addition to these advantages, filmmakers saw fit to add comic relief in the form of a talking snowman and a reindeer to help push the story along.

Some of the voice actors that lend their voices are: Kristen Bell as Anna, Idina Menzel as Elsa the Snow Queen, Jonathan Groff as Kristoff, and Josh Gad as Olaf the Snowman–all of which will be serving double duty as singing roles as well as speaking roles.

While at Disney’s D23 Expo, Bell has expressed her love of Disney animation. Bell says that she feels as though the girls in Frozen are more relatable than Disney women of yore.

“There’s something about the females that was unattainable to me” says Bell. “Their posture was too good; they were too well-spoken. I feel like I really made this girl much more relatable and weirder and scrappier and more excitable and more awkward and I’m really proud of that.”

Sounds like Bell is super excited, but should we be?

Quick Synopsis: Fearless Anna teams up with mountain man Kristoff and Olaf the Snowman in an epic adventure taking place in a snowy mountain environment. She does this all in order to find her sister Elsa, the Snow Queen, who has locked Anna’s kingdom in a never-ending winter.

I’m hesitant, like many people, because I still wish to see the classic and traditionally animated films that Disney are known for make a comeback at the box office. At the same time, Disney has proved they are more than capable of making a successful CG animated features with Wreck-It Ralph. Last year, Disney went head-to-head with their animation counterpart Pixar, who released Brave, with Disney coming out the victor with  Wreck-It Ralph. My only hope is that the movie does not feel like Tangled part 2.

I hope it proves me wrong. 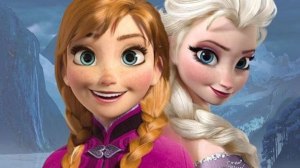