A moment of silence for the Benedict Cumberbatch/Guillermo del Toro team-up that has just been recently canned.

THESE FEELS CANNOT BE CONTAINED.

I respect del Toro, especially for works like Hellboy and Blade II. So when it was announced that Benedict Cumberbatch would be joining his movie Crimson Peak, I was doubly excited. 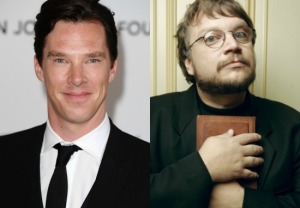 However, I am now sad to report that Cumberbatch has quit the aforementioned film. Apparently, Screen Rant is reporting that Cumberbatch had to drop out of the film due to its shooting schedule clashing with many of his other projects.

Hopefully his other projects were worth the big exit. Regardless, I’m curious about who is going to be filling his role. Writers down at Screen Rant tossed around possible names like Tom Hiddleston—it kind of makes sense, since Cumberbatch and Hiddleston both appeared in War Horse together. I wouldn’t be against it if that were the case.

What do you think? Who should replace the great Benedict Cumberbatch?