Even though things have probably not calmed down yet in light of CW/WB’s announcement that ‘Glee’ star Grant Gustin had been cast as the Flash, there’s still more news where that came from.

And on that note, The CW recently released its first peek at a DC villain that Micheal Jai White (Spawn, The Dark Knight) will be playing called Bronze Tiger (this news also keeps in light of the upcoming “Year One” special that will bring Arrow fans up to speed on the upcoming season. The special will be airing on October 2, 2013).

In this sneak peek (provided to the general populous by none other than TVGuide), we see White sporting some oh-so-familiar claws as he fights and gets his hands dirty. 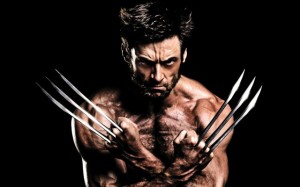 Moving on, White’s character and a few others (including China White played by Kelly Hu) are set to arrive in Starling City to see if they can draw The Green Arrow out and gauge whether or not he poses a sufficient enough challenge for them.

You can check out the picture below:

Anyways, Marc Guggenheim (Executive Producer) had this to say about White’s upcoming appearance:

[Michael] is such a badass. His performance, our kick-ass stunt department, our incredibly talented costumer designer, and our very gifted props master…they’ve all combined their A-games to create a really great representation of this DC Comics character. If you’re a fan of the character from the comics, you are going to really happy with his Arrow-fication.

Well there you have it!

I don’t know about you, but this season of Arrow looks like it’s going to be awesome as f*ck!

But what do you guys think? Will Arrow be living up to all of its hype? Let me know in the comments below!