When you imagine girls kicking ass, you probably imagine this…

…not this particular movie, but you get the point…

…Or at least that’s what I see in my mind.

Anyhow, since October is Breast Cancer Awareness Month (of which I am a huge advocate of), I wanted to do something meaningful with my weekend and unveil a special version of one of my original posts. It literally came to me in a dream (or was it when I checked out in the hallway?). I had watched Guiliana and Bill earlier that day and Guiliana Rancic, a breast cancer survivor, said something that stuck with me.

When asked by her makeup artist whether or not she wanted to cover up her surgery scars, Guiliana said, “No, those are my battle scars.”

Even for someone who has never had cancer personally, but has felt the effects that it can cause on other people’s lives, what she said stayed with me. And I realized women go through a lot more than what they say they do. And that every day, not just ones affected by breast cancer or any other sickness, is a battle. So, this post is dedicated to Fictional Women that Kick Ass:

(Click on a picture to activate the slideshow and read extras) 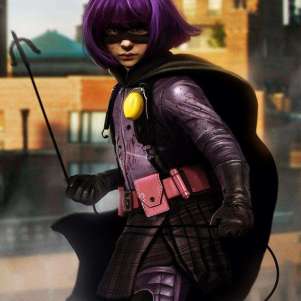 1. Hit-Girl: She’s only eleven and she’s kicking major ass…and let’s not forget that she was portrayed on screen by Chloë Grace Moretz (who also happens to be a bad ass).

2. Wonder Woman: She is DC’s answer to a female Superman and the only woman in a male-dominated original line up of Justice League. How is that for opening doors?

3. Xena–Warrior Princess: WW is not the only Amazonian woman on the countdown. Xena went from being a guest character to having her own spin-off that ran longer than the original. She also taught me that throwing Frisbees (if done right) can seriously injure people. 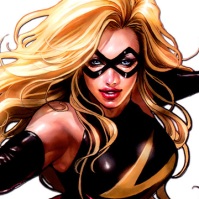 4. Ms Marvel: Her name pretty much means “can do damn near everything” and she fights as hard as the boys. She also has lived way longer than her namesake, the same guy who was accidentally involved in the incident behind her Kree powers, Captain Marvel (he died of human cancer…but he is an alien. I know. Worst way to go out ever [At least have it make sense]). She’s also a captain herself now; so go figure. 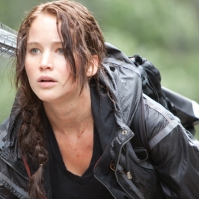 5. Katniss Everdeen: Fictional proof that we can have our story heroines do more than fall in love with a sparkly vampire and otherwise be essentially useless to everyone…including the reader. She gets number 5 based on that alone. Oh and she survived the Hunger Games more than once.

6. Rogue: She has the power to absorb anyone’s power and let’s not forget she permanently has Ms. Marvel’s powers on tap. She probably would have been ranked higher had it not been for her portrayal on-screen (I have no problems with Anna Paquin; but I do have a problem with how she was written into unbelievable “bootiness”).

7. Selene: Umm, she is a vampire that actually does other things besides hang around high schools and watch people sleep (all questionable creeper behaviors in general). After decades of fighting Lycans, she has shown she still has what it takes to get the job done…even after being frozen for a long ass time.

8. She-Hulk: Proof that you can kick ass while saving the day and still have a steady job as a lawyer (i.e. normal things). She’s also proof that besides the green skin, she has the confidence to have numerous dudes on the side.

9. Elektra Nachios (The Comic/Non-Jennifer Garner Version): She is a f*cking ninja and bad ass one at that. She has basically mastered all of the types of martial arts, but chooses to use her trademark twin sai to get the job done. In order to keep her level of badassery intact, I have chosen to act as if the movie ‘Elektra’ didn’t exist (like the rest of the world). 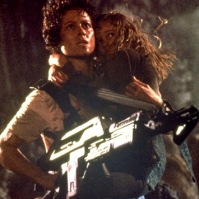 10. Ellen Ripley: This b*tch has made it through not one, but four “Alien” films; she gets claps for that because that is f*cking hard to do (I would have been the first to die on the first “Alien” movie). She also challenged gender roles for sci-fi, action, and horror films, meaning there would be significantly less kick ass women in fiction without her. For this, I salute you, Ellen Ripley.

11. Black Widow: Her mere presence kept ‘The Avengers’ film from being a total sausage fest. It’s not like she’s useless either; she is basically a super soldier (who gets the ultra booty end when compared to Cap) and she was smart enough to trick Loki. To this I say “Welcome, to the team…The League of Extraordinary Ladies.”

12. Hermione Granger: It’s safe to assume that Harry Potter would have died a long time ago if he wasn’t friends with Hermione. Hermione gave many hope that even normal, ordinary girls are capable of using their intelligence and not just their looks to get the job done. Yay, intelligence!

13. Princess Leia: She just might have been one of the few women in a galaxy far, far away, but at least she was doing sh*t. She was one of the only people to outright insult Darth Vader and retain all her extremities. Not to mention, she was running a multi-system rebellion against the Galactic Empire at age 19, disguised herself as a bounty hunter, and strangled a morbidly obese crime lord who had taken her as a sex slave. In the Expanded Universe novels, she also trains to be a Jedi. It kind of makes you wonder, “What the f*ck did you do today?”. 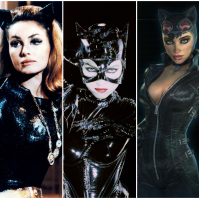 14. Catwoman: This goes out to all of the incarnations of the famous cat burglar (minus the Halle Berry one for various reasons). It’s not just men that run Gotham.

15. Buffy Summers: Not all cheerleaders can fight, slash, and stab all the things that go bump in the night…or just frequent Sunnydale. Movie or television series, she is still worth recognition.

16. Supergirl: It’s always been debated who is stronger between her and Superman (the rocket she arrived on was powered by solar batteries, meaning she was soaking up yellow sun rays for the whole of her life. But, Supes always holds back his true strength). I guess we’ll never know. But with all of her power, as with Superman, Kryptonite is still the stupidest weakness ever especially when everyone in town seems to have some.

17. Charlie’s Angels: They are competent female detectives (beyond Inspector Gadget level) all while looking good and taking orders from a guy who communicates through a speaker…no questions asked.

18. Beatrix Kiddo (Kill Bill) : Usually, when women are f*cked with, we imagine the aftermath of everything that happened in ‘Kill Bill’. And this is the woman responsible for all of that.

19. The Birds of Prey: Every woman who has ever had a vendetta on someone is here (this raises the membership number to every female that has ever existed. Part of a secret club and didn’t even know it.) And to make matters worse, they are all lethal, pissed off women with jacked up pasts who are lead by ex-Batgirl Barbara Gordon (even from a wheelchair). 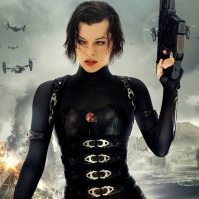 20. Alice (Resident Evil): If 10 years of fighting a zombie apocalypse doesn’t land you on the list, I’m not sure what will.

Do you agree or disagree? Who do you think should have been on the list (There may be a part two depending on reviews)? Leave comments below!