In comparison to movies, TV hasn’t been too busy or dynamic this week, besides confirmations on renewals and cancellations. Despite that, we’ve managed to scrape some news for you.

So, without further ado, please enjoy some TV news from around the web:

Octavia Spencer is heading to television for the new show/reboot of Murder, She Wrote.

If you’re still in doubt about whether or not we have reached the golden age of remakes/reboots/spinoffs, let this news erase such doubts because remakes, reboots, and spinoffs are here to stay.

I should be used to this, but I’m not.

Regardless of that, I’m willing to excuse the phenomenon if it involves the lovely Octavia Spencer. Spencer, who had an excellent turn this year in Fruitvale Station (opposite Michael B. Jordan) and a phenomenal turn in other projects like The Help, will be starring in NBC’s reboot of Angela Lansbury’s Murder, She Wrote detective series.

Yeah you are, Octavia!

If Spencer is involved, it’ll definitely be worth checking out.

I never like reporting such things, but Marcia Wallace, the voice of Mrs. Edna Krabappel on The Simpsons, has passed away.

Wallace passed on last night as a result of complications from breast cancer. Such news was confirmed by friend and director Cathryn Michon. Michon recently directed Wallace and her son, Michael Hawley, in the upcoming film Muffin Top: A Love Story.

The film will be Wallace’s last and final performance.

I express my condolences and my prayers go out to her family.

Moving on, Craig Robinson will be guest-starring on Brooklyn Nine-Nine.

I must say Brooklyn Nine-Nine is on a role. Not only have they recently received a full season order, but they also received a post Super Bowl spot (which, by the way, is a huge f*cking deal. Think of crazy lead-in audience numbers the show will benefit from!).

And now, according to Entertainment Weekly, Office alum and comedian Craig Robinson will be guest-starring on an upcoming episode of Brooklyn Nine-Nine. Robinson will be assuming the role of a small-time criminal that proves integral to one of the detectives’ cases.

I’m totally down for this. From where I’m standing, Brooklyn Nine-Nine is definitely one of the more worthy and enjoyable new comedies out there (along with shows like The Crazy Ones. This also doesn’t include head-scratching shows like Fox’s Dads). Here’s to hoping this episode ends up being awesome!

Sh*t is getting real on Arrow…thanks to Black Canary.

My body is ready for this.

It is no secret that at this point, I am very much thisclose to giving up on Agents of S.H.I.E.L.D. That being said, I haven’t given up on superhero/comic book TV shows as a whole, and that is because of Arrow. Arrow is not even halfway into its second season and it has already showed off/teased major DC characters (like Bronze Tiger and China White) and such characters include the badass motherf*cker that is Black Canary.

Following this week’s past episode, “Broken Dolls”, Black Canary will be making a full-on appearance in next week’s “Crucible” episode. And to celebrate this development, the CW recently unveiled the episode’s synopsis and a sh*t ton of photos from the aforementioned episode.

You can check out the synopsis below:

OLIVER MEETS THE CANARY — Oliver (Stephen Amell) discovers a man who goes by the name “The Mayor” (guest star Cle Bennett) is bringing illegal guns in to The Glades, so Oliver sponsors a “Cash for Guns” event to help clean up the city. Unfortunately, The Mayor crashes the event with his gang and seriously injures Sin (guest star Bex Taylor-Klaus).

The Canary (Caity Lotz) is furious when she learns her friend is in the hospital and sets out for revenge. Meanwhile, Felicity (Emily Bett Rickards) stuns Oliver with a bit of information about the Canary, Donner (guest star Dylan Bruce) asks Laurel (Katie Cassidy) to dinner, and Diggle (David Ramsey) reconnects with an old friend.

And don’t forget the photos: 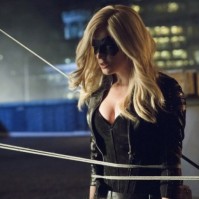 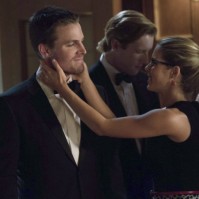 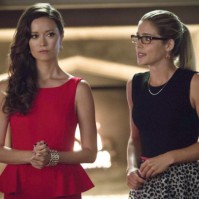 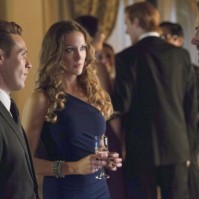 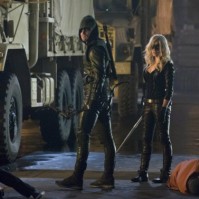 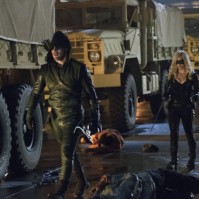 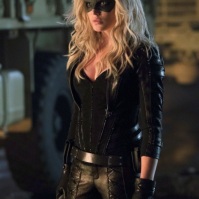 And as a bonus, here’s the promo clip for the upcoming “Crucible” episode: