Though the fall movie season is well under way, a couple of studios have no plans on slowing down with their advertising on certain movies and movies like The Hobbit: The Desolation of Smaug, Dawn of the Planet of the Apes, and The Anchorman 2: The Legend are no exception to that rule.

Starting with all things Hobbit-related, we’re just about a month away until Martin Freeman and company return in The Hobbit: Desolation of Smaug and that alone should excite fans of the film. However, if you are still in need of an extra push in excitement and reverly, Warner Bros has some goodies for you.

YAY. Hopefully, we get to see an actual dragon this time.

Recently, Warner Bros unveiled eight new posters for the upcoming film and several of them feature characters from the previous film like Martin Freeman’s Bilbo Baggins, as well as new and old faces including Evangeline Lilly‘s Tauriel and Orlando Bloom‘s Legolas (who also appeared in The Lord of the Rings trilogy).

You can check out the epicness below:

(The Hobbit: The Desolation of Smaug flies into theaters December 13, 2013.)

On the poster, an ape with an assault rifle in tow, (who also happens to be riding on horseback), can be seen. The blazing red background behind him is also very hard to miss.

Um…what? Not sure how I’d feel if I saw that walking down the street.

You can view the interesting poster below: 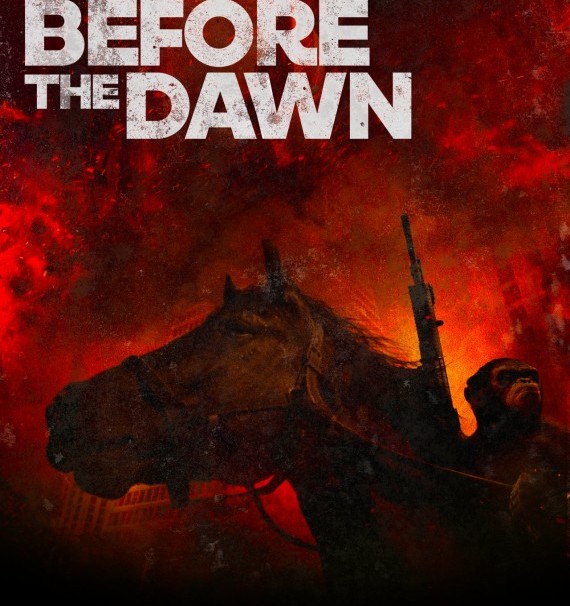 And finally, we have arrived at what is probably one of the most anticipated sequels in years, The Anchorman 2: The Legend Continues.

Recently, four new posters for the upcoming movie have hit the web. The new posters feature the crew in all their of their glory as they set their sights on taking over the Big Apple.

You can check out their humorous posters below:

(Anchorman 2: The Legend of Continues moves into theaters December 20, 2013).

So, which movies are you guys most excited for? Let me know in the comments below!