Trust me it will happen.

Been there done that.

Even if you aren’t the type to pay actual attention in class everyday (me), you are going to learn something new everyday. Whether it’s something learned from the school paper, or from the very public walkway where everyone is holding signs and shoving papers in your face or some strange thing your roommate told you.

Two days, ago my roommate said something about seeing a guy reading books in the library and being attractive and said that she might be sapiosexual. I was like “wha?”, until she told me to look it up. While I did, I was already forming up some definition in my mind and it went like this: Two people being subconsciously attracted to another person’s dormant X-gene and forming a relationship based on DNA mutation. Either that or Professor X popping wheelies up and down a hallway.

Needless to say I was very wrong.

In order to have come out of college where you are exposed to different things, people, and cultures and honestly say that you took nothing away from that, you’re most likely an asshat.

2. You are going to make life-long friends.

“Thank you for being a friend!”

No matter how much of a butt-hole they are, they are always there for you.

When they cut your split ends for you because they are just as tired of seeing them as you are. When they bring you Starbucks because they turned on the light while you were sleeping. When you turn off the movie they wanted you to put on because they are tired and don’t want to watch it anymore.

Here’s a secret: my roommate and ultra close friend have decided that we are always going to have each other’s backs. Meaning, we have already named each other ‘Maid of Honor’ status in our weddings respectively. We already know what the other wants, it’s just a matter of date and color scheme.

3.You are going to fail at some point.

My dad -my ongoing source of Yoda-level wisdom minus Yoda’s dumbass speech pattern- said it best:

Everybody fails at some point. Looking back on it, the failure won’t even matter; it’s how we choose to carry on afterwards that does. Do we lie there at the mercy of whatever higher power and do nothing or do we get up, try again and really piss some people off? Everybody loves a comeback kid.

-The words of my father, Lord Corio (as my friends call him)

I swear my dad is some strange wisdom spitting combination of James Earl Jones and Morgan Freeman, who happens to be in his mid-30s.

The fact that I know his speech verbatim means that I have f*cked up a lot throughout my life. And these were the words he said to me when I didn’t pass a class and it was the first time that I actually paid attention and made a choice. No one writes epic tales about the lame that tried, failed, and took the loss like it was a free pair of jeans. But everybody writes about the tenacious person that doesn’t quit at something not because they don’t want to, but because they don’t understand the meaning of it (usually there will be an epic over-the-top battle where the hero will most likely die, but hey, at least he got a story. No glory for the cowardly).

4. You are going to be told negative things…a lot.

Most of these things are about your major or about if you can make it or not. At the end of the day, it’s your decision to make.

Take me for example: I have been pretty much trained to be a future doctor my entire life and deep down inside, I knew that wasn’t what I wanted. For a long time, I didn’t know what exactly I wanted; so, I would shrug and go along with my parents’ plan for my future. Then in between Freshman year and Sophomore year, it hit me. My dream job was something I was already doing for most of my life; therefore, it didn’t seem so special like the Disney movies had made it seem.

Then, the comments started.

While you have a support system among your fellow students (fellow dreamers), home is like a war-zone. My parents, jaded from years of “real life”, demote you to child status and blatantly talk about you like it’s not dinner and you’re not there.

“Are you sure this what you want?”

If this wasn’t what I wanted, I’m pretty sure I wouldn’t have told you.

Half-living life because I am so unhappy with my job (that would take 8 years to get to, mind you) and the pile of student loans to pay “isn’t a way to live either!”

Long story short, you’re sleeping on somebody’s couch because the situation got too “heated”.

5. You are going to change your major at least once.

It’s actually pretty rare for a college student to come in with a set major and leave with that same major.

This doesn’t mean you are going to be *gasps* Undecided for the whole of your educational journey (if you are, what the f*ck are you doing and how are you graduating?), but this does mean there may be some unplanned hiccups.

As the previous anecdote-thing above would suggest, I have changed my major more than once…and it’s only my second year. And  like a good bra or those seriously elusive jeans that hug all of your curves (ass), stops where they are supposed to, and doesn’t create camel toe that isn’t there, I finally think I found the perfect fit.

It’s different, but tailored to what I want to do in the future (a possible run on SNL, my own E! show and radio show, and quite possibly handling all of the stunts/explosives for Lex’s future movies).

There is a major for everybody. Just don’t go around picking stuff that makes NO sense (a major in English Literature and a minor in teaching and then go on to teach no one). That is not the takeaway from this. If you do decide to do that, don’t blame me. I’m just going to look at you like you either a f*cktard or an unreasonable combo of Taylor Swift, Miley Cyrus, and Justin Bieber (all are people I don’t care for).

This is life now: actually trying to be decent looking every time you go outside.

Looking back on it now, all of high school was an awkward phase. Think about the haircuts and dyes, clothing change to make yourself seem older (i.e. fast in the case of females), make up is applied despite no one in your group really knowing what they are doing.

A college campus, however, especially in the morning, is the closest thing to a natural beauty fashion show anyone is going to get. Everything is relaxed and understated. Why? Because we are lazy and we are at the in-between stage where we want to dress young, yet look mature at the same time. For me, as someone cursed with a perpetually young looking face, it’s a must. College is also the time to experiment and stand-out unlike high school where we secretly wanted to belong and be liked.

Now, it’s the time to potentially find a significant other and to not be lonely in the future. As this is the final stage before sh*t (life) gets real, use your time wisely.

Why would you want too?

I’m probably like the world’s biggest advocate on never growing up (I may or may not have two Disney themed tats that read “Never grow up” and “Forever Young”), but I just see the whole thing as an even bigger adventure.

Your outlook on life changes and to start to form goals and career plans (these are more than just dreams).

You get to live those first couple of years that you are fresh out of school like it’s a Sex and the City marathon; the best part is it’s your life. Eventually, if you got ahead start on life, you’ll get a job, get married (told you looking good in college would make things easier) and have a family and desperately try to avoid doing the things your parents did for you only to find it closely mirrored the family dynamic back then.

Plus, look  at all of the things you can do when your an adult: 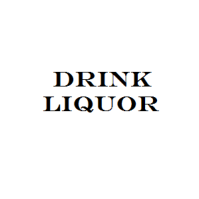 Okay, that last one doesn’t sound that awesome, but like adulthood, it’s not all bad.

I mean…unless, you did nothing for all of college and come out with no job offers or prospects  and went back home to live above the garage at your parents’ home and have your own family of (let’s say), four) and you gained massive weight and have just realized that you are slowly, but surely turning into your mother.

In this instance, you didn’t do it right.