As we all know, it’s 2014 (and yet, I keep writing 2013 on all of my papers) and it’s out with the old and in with the new. We’ve got new movies coming down the pipeline. If you don’t know, then you can look at our really large countdown/ doomsday clock on the side of the page (any page), as well as our calendar to see “what’s happening”.

With that being said, you can’t move forward without knowing where you’ve been first (somebody intelligent said that; I’m sure of it). So, let’s check out the my movie highlights for 2013.

Alright, let’s take care of the two really large pachyderms in the room:

I knew this project was not what it was supposed to be when the trailer for it in The Dark Knight Rises (which was questionable itself, but was far and far better) came on and I mistook it for A Deadliest Catch movie.

The sad part is that it wasn’t.

The even sadder part is that I really, really wished that it was.

To add insult to injury (and against my better nature and the warnings of people that actually saw it), I watched it. Why? Because it was free and that one word piques my interest every time (almost like Buzzfeed).

Why was it bad?

What wasn’t wrong with it? The color scheme (and movie in general) overall can be summed up in one word: dingy…like dishwater that was left in the sink too long, leaving everything else muted except the all-important dish rag, which in this case is Clark (and even he has a hard time making it work). I get it. DC was just trying to go with the formula that worked before:

I see where this is going except for one simple fact:

In fact, anybody that has even looked at the two characters (hell, even Justice League: The Animated Series) knows that they are damn near polar opposites. There’s a reason Batman is always doing all of the leadership/getting down to business stuff, while Supes is usually in the background looking derpy–which he did a lot in the series and in the movie.

Also, the script was just so bad. You know a script is bad when everybody on screen falls flat save for Superman, [(played by Henry Cavill) who was still bad by the way]. Although, he was kind of obligated to fare better than everyone else; it is his movie. Then, Warner Bros. decided to go the “have an obnoxious black dude be in charge of stuff” route when it came to Perry White. At least with Marvel’s “shouting about everything, demeaning everyone, supposedly capable of shooting down a fighter pilot taking off (with a nuke) with only a small gun and an eye patch covering something that looks like a Burger King charbroiled patty” guy that the found in Nick Fury (played by Samuel L. Jackson), he did actual stuff, had an overall better script to work with, and far less innocent people were killed in his movie.

And, let’s not forget some of the stuff that just didn’t make sense…the most important to me being: Why was Russell Crowe fighting people? I know that’s what he does, but here though? In this movie? Wasn’t he supposed to be playing a scientist? I doubt on any planet that a dude who has been fully invested in science has the capability or the means (unless he pulls out some device he created, some type of ray I feel) to take fight and take down some Kryptonian soldiers.

Oh and shout out to the grain silo that was left over from a Michael Bay production.

Real talk though: How the f*ck is Warner Bros. going to fix this?

I know! Let’s gather up every bad idea we’ve ever had, throw in some sh*t that doesn’t make sense, add some actors that will make everybody go “huh”, and not call it Scary Movie this time, but instead call it Man of Steel 2, Justice League, Batman vs. Superman.

2. Why does M. Night Shyamalan refuse to quit? 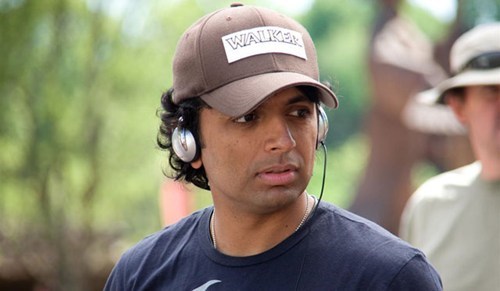 Instead of promptly going in, I am instead making an open letter:

I gave you the benefit of the doubt with the Sixth Sense and Unbreakable (which is quite actually one of my favorite films in the Superhero genre), but after that it was kind of “what the hell?”. The Village was good until you got to the end. At some point in your career, you chose to stick with what worked for you: twists. But obviously, that can only get you so far. Take Lady in the Water for example. I was slightly taken aback when you proclaimed that a writer’s work (this writer played by yourself) would change the world.

Have you seen your sh*t?

Then there was the large turd that was The Happening. Are seriously trying to tell me it was the trees?

Your work was never what it should have been, but I was okay with that. Until you pretty much shat on my childhood with The Last Airbender, that is. How do you f*ck up something that’s already been made and then sit there like you  accomplished something and say that you watched the entire series!?!? There is no f*cking way we watched the same thing or else your piece of crap that you are calling The Last Airbender would not be in existence. And for that, you get to be the tribute that dies first in my own personal and very twisted Hunger Games.

And when I finally deemed it safe to sleep at night, despite the crap movie that you created to plague my dreams, you turned up again with After Earth. Honestly, this time you aren’t the only person to blame. I blame Jaden Smith for being born and making Will Smith feel obligated to help out his career–which can’t be helped because the kid sucks. I give Will the side eye for selling this movie to us like it was about him, when really he spent the movie being “injured” and needing help, leaving us stuck with his son. This project was stupid to begin with and the fact they went to you to carry this out is even stupider.

In short, I hate you and curse you to a long life filled with nothingness. I banish you to the pit, where all of the people that the world hates can go.

3. At least there were some good movies!

And before anyone goes “I liked it because I am a female and I was supposed to”, that couldn’t be further from the truth (I am a chick that dogs out Twilight on the daily. Actually, my roommate and I do a pretty accurate and funny Bella/Edward break up scene, (which to me was the best scene in the entire series.) I like it for a handle full of reasons:

12 Years a Slave managed to be good and depressing at the same time. So much so that I don’t even want to linger on it for too long.

Let’s just say it now makes me give Michael Fassbender the overall side-eye (he played that role too well) and I am now going to buy the new Assassin’s Creed: Black Flag – Freedom Cry.

Great Gatsby was good (but only because I was there for Carey Mulligan and the costumes)…I mean if you haven’t read the book and don’t know how it ends (let me just say that Leonardo de Caprio continued his streak of dying in a good percentage of all the films he is in). Her and Fruitvale Station are rated equally high on my list, based on cast performances.

Which got absolutely no hype at all.

And that’s sad because I love this movie and it is (shamelessly) on all the time now.

What’s not to like? It has a fairly simple, non-complicated plot.

“Oh, there are giant monsters? Let’s make large robotic suits so we can fight them.”

It’s got major monster fights that span from ocean to city (and still has a smaller death count then the stuff that went down in Man of Steel), large mecha-suits with names like Gipsy Danger and Striker Eureka–sounds sort of like a child named them, but that’s okay; It adds to the cool factor–that make you really want one despite the fact that having someone stroll around in every memory and thought you have ever had is straight up weird.

And then there is Ron Perlman, whom I love.

The best part of all? There is no stupid Nicholas Spark’s level romance to be seen here…and I can live with that.

At least there is a large possibility of a sequel.

5. And now there’s one more thing left to say.