This list is pretty self-explanatory…except for maybe the featured picture,  which I picked because if i picked the usual “sorority stereotype” picture it would be completely unnecessary and it is simply my reaction-face to life in general.  So here it is right now, I apologize if that is not (somehow) what you thought this was going to be. You’re mistaken and quite possibly may need to fill your own hate jar somewhere else…or read some of my other awesome posts (totally hawking other wares)…

So now that little piece of business is out of the way, let’s begin.

I couldn’t resist! If that makes me childish, I’m fine with it!

1.      Sorority girls and their incessant need to forever wear over-sized shirts with their sorority on the back.

SWEAR TO JEBUS THE SITE SAYS: “Perfect with Uggs & Leggings.” I’m not into soror-bashing but this proves my point.

I don’t understand it now and perhaps I never will. I feel the overall attitude toward sororities –the serious Stepford wives ones- as a whole (I think I am WAY too lazy and WAY too anti-social to have the need to do anything extra to gain friends) is to each her own but it’s not for me.

Actually, I think the shirts are cute for when you are feeling lazy and/or have nothing else wear. Where this goes south however is when the person decides this is all they are allowed to wear from the day they pledge on forward. Some of the people on the college campus I attend reasoning for it is” “solidarity” and to “get the sorority out there”…so advertisements? I’m sorry but I think the general purpose of the advertisement is getting it across to people who might not know about it. If I can’t see it because the image spans the whole of you upper arms/back and you are being constantly asked to either turn slowly with your arms out or explain it, it’s not doing it’s job. I personally would like the last option as it means you don’t have to talk to me as I stumble my way down to class in the morning. 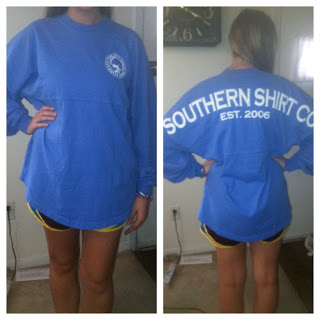 It’s cold as all get out outside!

Other things that just get me are the leggings and Uggs combo that is customarily worn along with the over-sized shirt. Bright ass mint green plus black plus brown? Why? And it’s cold as f*ck out here. Take it from me, I’m from the place where I’m sure the polar vortex originated and the school I attend is in the mountains, it’s pretty friggin’ cold. No one is ready for this and I think I got hypothermia for you.

Me, in a past b*tchy-er life…or quite possibly my current one

All of this…but no one on campus is famous…

In my mind none of this is supposed to go together but some dude somewhere figured this was acceptable and then told all of his friends via Facebook. The end result of all of this is damn near every guy on campus is wearing either one of three…and it pisses me off/grosses me out.

Don’t get me wrong I really really love lush (luscious) hair. If I had time and didn’t think it would bore you I would jot down all my past celeb crushes…all of whom have really great hair (and had no idea I existed). But then out of nowhere headbands came in blocking all of the glory and destroying my dumbstruck reaction to nice hair.

Come on, of all the things you could have put on your head today, that is what you chose? I feel like I would have accepted a tube sock, a potato, and a duck more than I do headbands.

The only men allowed –by social law- to wear bands of any kind  are basketball players (accepted), footballers (sort of), Harry Styles (I guess) and more specifically,  LeBron James and he wears them because he has personal hair–line problems and his hair is the furthest thing from lush out there. You sir are not LeBron James, you have neither the skill nor the money, sit down. When you are normal and attempt this you either look like a douche bag or a foreigner that is new to this country and sometimes…you can even be both at the same time.

Yeah, it’s not as majestic and rare as you thought it was (not a unicorn).

3.      The amount of people on campus that just assume they’re your friend

In college there seems to be some unspoken rule that everybody goes by: as long they know a minuscule piece of information about you-be it your name, your residence, or even a class you took two semesters ago-and they are within at least ten feet of you, you are they’re new friend. That guy you crack jokes with at the back of your boring ass sociology class that you wave at whenever you see him by chance outside of class, yeah…he thinks you are best friends. This rule can be awesome if your goal is to go to school and be the most popular person on campus.

Don’t touch me, hug me, look at me for more than enough seconds to wave and smile because after that it gets awkward. But above all don’t touch my hair. I know that I’m short and I know that my hair looks cool (when i do decide to do it)-I know this because I took like two hours out of the night beforehand to make it that way- it doesn’t mean you have rights to touch, especially if you are the guy from the back of class. Ask me questions and compliment me on the fact that my hair went from shoulder-length and straight to super cool curly Mohawk in the span of a night. All this is cool as long as you don’t touch it because it’s going to take me another twenty minutes to fix your heavy-handed ass mistake.

4.      The over-abundance and eagerness of guys wearing khakis

I swear on everything that is life, it is about 18 (give or take) degrees, plus hail and snow and I have seen about twenty guys strutting their stuff in khaki shorts. Legitimately they were on “stand-by mode” the entire winter just waiting for the day the could be worn again. Normally, I have no issues because I have like three main hobbies: sleeping, this blog and ‘man related business’. ‘Man related business’ to me covers everything including hair, teeth, and shoulder-hip ratio…and over-all personality (I’m not a completely shallow person).

But why the shoulder-hip ratio?

Well, my roommate has come up with a patented new science called ‘Assology’ (she is currently working toward getting it patented and copyrighted), which pretty much means she has come up with a way to rate a man’s ‘behind’. With this knowledge, calculating the shoulder-hip ratio and coming up with the exact matrix/make up and fitting it with a match with an already established scale. One day, I will have her post it -with illustrations- as she has now gotten to the point of teaching anybody who will listen. At this point I am a master (which makes her like Grand Master…Master Splinter level), I have finished my two-month program and am now a degree holder. This means I can rate ‘what you are working with’ without even looking back there, which drops the potential creeper level exponentially.

Anyway back to the khaki’s.

Khaki’s are known to enhance everybody’s behind. But they help no one when its like a frozen hell outside and you are fast walking from building to building just to keep up the warmth. Just stop it, frat guys, we know you’re attractive so just go home and put some real pants on.

5.      Feeling beyond honored when your professor actually remembers your name and who you are as a person.

I am SO ready for this class…

Do you remember that one movie “The Polar Express”? You know the one where no one had a legit name except Tom Hanks and he played like eight people in that movie? That movie. The part where the boy does the utmost in the North Pole to see Santa and the big guy picks him out everyone there and gave him the bell and when he lost it the big guy took the time out of his busy ‘Santa Claus Christmas schedule’ to wrap and return it to him. That to me is the equivalent to this feeling.

Personally, it took two years in the same guy’s class and pretty much saying that I would rather sacrifice my first born than to off a limb to make him remember me and the fact that I was not a foreign exchange student. In me, he found a kindred spirit possibly because we are the same level of eccentric, share the same twisted sense of humor, and our speech patterns and accents were relatively similar. He is, by the way, from New Zealand…and I am not.

Did it stop me from being elated that he knew my face from 27,000 other students? Nope.

6.      Freshmen -that are most obviously freshmen-who think they are the shit and think everyone is supposed to care about their lives.

It was said best when I say “I give zero f*cks”.

I don’t care that you have a test and then felt the need to seek me (or people in general) out in a public place and interrupt my meaningful conversation with someone equally as intelligent and proceeded to tell me about the test you have tomorrow but don’t want study for. Okay, I don’t care. Don’t study, it just means I will have one less awkward person waving at me from across the street next semester.

But it doesn’t stop there.

Then you dissect what it is they just told you and finally it clicks: “Hold on, you’re a freshmen, you are still doing your Gen Eds. How could any of that be a struggle?” Even after you shoot them that “I don’t give a f*ck” face, they still stand there trying to tell you about the time they shut their foot in the door and they had to go to the hospital and get like eight stitches. But when I give up and walk away in the middle of that meaningless ramble, I’m a bad person.

And when they inevitably ask you how did you know their year, instead of being an ass-face and going:

You instead say you guessed because for once you felt like being a decent human being.

7.      Despite living in a tiny room, nothing lost ever gets found.

says all of things I have ever lost in the room

I call this entire phenomenon (that’s right, expanded the vocabulary for this one) the “Potter Paradox”*.

Why? For a few reasons:

* side note: my roommate has only just recently began watching the Harry Potter films and know she understands some of my lame, nerdy chick jokes and even makes some of her own in public. Just yesterday when this guy who sat next to her started to get annoying and he finally left all she had to say was, “He was over there looking like he found the Sorcerer’s Stone or something. Hm, intriguing!” And for whatever reason I was beyond proud.