Down at the Box Office / Movie News / Movies 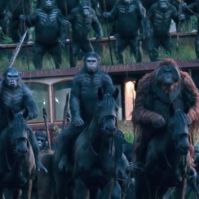 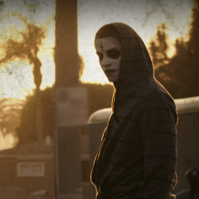 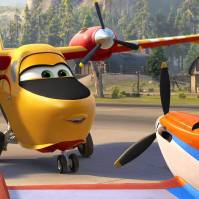 Welcome to a special episode of DATBO. I feel I owe it to you guys to make this one ultra-cool since it was on hiatus for a while now. Today, I am free of my obscure work schedule –i.e. answering phones all day–to finally get it done and do you guys a solid.

You guys get a mini-review! Don’t worry; no spoilers!

If you just happened to be living under a rock for the past couple of months and was not aware of Dawn of the Planet of the Apes (that feels so damn repetitive and it’s a lot to say) coming to theaters and its overall awesomeness, then I shall tell you now. I have been counting down the days for this film simply because of the first one, Rise of the Planet of the Apes.

The movie is filled with good choices on the casting department’s part with the talents of Gary Oldman, Keri Russell, and Jason Clarke. But, where the apes are concerned, they shined, headed by Andy Serkis. This is coming from the person who bought an HTC because Gary Oldman told me to. I fell into a Jane Goodall primatologist type of love with the portrayals of the apes. The cast had me thinking about going into primatology even though I was most likely not going to get the cool, expressive ass Caesar chimpanzees.

The sequel felt like a natural progression of things and don’t feel like sh*t just happened out of nowhere even after the time skip. The apes are more intelligent, but–for the most part–still behave like apes and not humans and this became a theme in the film. The apes sign as a way of intelligent communication (even though I felt what they wanted me too based off of expression alone), expanding to everyone in their society and not just Caesar and Maurice as it was in its predecessor. And since no one is really full-blown talking and making presidential speeches, it makes sense. Among other themes in the film, fear and the capacity for war are highlighted. Fear, like it always is, is shown to be two-sided, as the humans realize that they are no longer the apex species and the apes realize pretty much in my own words “oh sh*t, the humans have guns”.

Probably not the best idea that I went with a date that I subsequently paid no attention to, especially during the ape-heavy parts. I give it….

The Purge: Anarchy came in second (I honestly feel the plot would be better served as a GTA-styled video game) and Planes: Fire & Rescue in third.