Author and activist, Dennis R. Upkins was born and raised in Nashville, but calls Atlanta home. He calls himself “a lifelong geek, and a hopeless comic book addict”, and for the short time I’ve known him, I know this to be true and he takes his interest and craft very seriously. Dennis received an All Posts academic scholarship to study English at UTC in Chattanooga, TN. He worked as a reporter for a local newspaper shortly after moving to Atlanta, GA, and then furthered his education in media arts and animation by attending the Art institute in Atlanta. 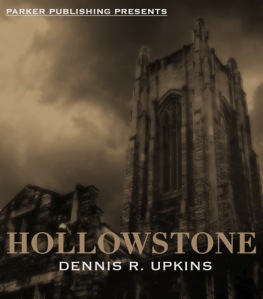 I interviewed him about his new book, but be forewarned, this isn’t for the sensitive or faint of heart. Dennis is raw and real, and sugarcoats nothing. If you think you can handle it, I strongly encourage you to read what he has to say. He is dead=on in his interpretation of the lack of diversity in literature….

What was the inspiration for the story, and the characters of your second book West of Sunset?

There were so many factors that went into making West of Sunset a reality. One of the reasons I knew West of Sunset had to be written was because there was too many instances of LGBTQs being talked about, talked at, and talked down to when the issues of diversity arose. You had cis straight white female authors profiting off of our identities and posing as gay male authors. More than that, I noticed that each time I spoke out on my identity as a queer person of color, I had one bigot or another moving heaven and earth to come for me.

If it wasn’t racist game designers  like Kraig Blackwelder and Phil Brucato sabotaging the diversity forums they co-founded because they didn’t like the “tone” of the uppity colored Southern boy, then it was a white supremacist gay publisher, Steve Berman, ordering me not to include gay characters in a story for a Civil War anthology because he wants to appeal to a straight market, then it’s failed authors like Ankhesen Mie making personal homophobic attacks out of bitterness and jealousy. In each of those cases, among others, I realized their privilege is being challenged when people like myself, Monica Roberts, George Takei, others, do the work, love ourselves and embrace our own power, bigots fear and hate that. This was all fuel for me to write a story that provided a more accurate view of what LGBTQ and person of color excellence resembles.

The amazing and prolific Toni Morrison said it best, “If there’s a book that you want to read, but it hasn’t been written yet, then you must write it.” I like to think I’ve done that twice now with both Hollowstone and West of Sunset.

The story of West of Sunset was partially based on my experiences and the experiences of loved ones while I was living in Atlanta, also known as home. The second half of the book was actually inspired by a vacation trip to Los Angeles, with my best friend Will, who both Grant and Van are partly based on. While Will and I were headed to our hotel room in L.A., we passed a street named Van Ness Blvd. This was a sign for me as Grant’s last name is Ness and Van’s full name is Evander Knight. So some of our misadventures in California may or may not have been included in the novella. LOL.

Brecken was a new take on the poem and song Richard Corey. An overachieving perfectionist, Brecken is also a double minority and we see that he’s constantly trying to find his footing in a world where stacked decks and goalpost shifting is the norm for minorities. We live in a society that boasts success is strictly contingent on hard work and fairness. We know that to be a lie. Breck, who is a gay person of color, has to work twice as hard as his white peers to gain a fraction of what he’s earned. His journey is definitely a conversation that’s been long overdue.

Regarding some of the other characters, Jacob and Joshua Phoenix are based on two middle school buddies who are also fraternal twins named Jacob and Joshua. Shayna was inspired by one of my old roommates and good friends, CC. And for those who follow me on social media then I’m sure they figured out that Shawn, the bartender at Slade’s, was a nod to my good friend and internet better half, Playwright Shawn Harris. While the story is as much urban fantasy about the intrepid wizard detective, it’s also about celebrating minorities doing the impossible and celebrating the people who have made this writer’s life a rich one.

As far as the story focusing on Brecken’s journey specifically, I would say this is the end………for now. But I seriously doubt that this is the last you’ve seen of Breck and some of the others. In fact, don’t be too shocked if any of those characters appear in a story in the not too distant future.

I mean it’s simple. The industry is run by bigoted whites and there are gatekeepers of sorts who have shut down people of color and LGBTQs anytime we attempt to take our own power and tell our stories. Case in point. We saw the garbage that transpired with Berman. Anytime a racist gay white publisher feels inclined to tell a queer writer of color that he can’t include gay characters in a Civil War anthology because he wants to crossover and appeal to the straight market, then writes an article bashing other gay writers for assimilating and no one blinks an eye at the hypocrisy, that should tell you everything that is inherently broken and corrupt about this genre. Make no mistake, ignorance isn’t the reason for the lack of diversity. It’s malice. Pure malicious intent.

What other projects should fans look forward to from you?

I’m about to start exploring superhero fiction. Anyone who knows me for like five seconds knows I’m a lifelong comic book nerd and the fantasy genre isn’t the only genre that continues to be virulently opposed to diversity. As I’ve stated previously, inspiration/muse can come in the unlikeliest of forms. I’ve also got some urban fantasy young adult stories I want to finish before I start on my next novel. As is the standard, people of color, women of color, and LGBTQ protagonists often take center stage. In any event, I’m having a blast writing the stories and can’t wait to finish them and share them with the world.

Expect something like this from Dennis. He’s going to bring it.

Where would you like to see the genre of Urban Fantasy headed within the next 3 years?

I wouldn’t mind the genre of Urban Fantasy catching up with the rest of the world. You know how urban is usually synonymous for black and brown people in major metropolitan areas unless it’s urban fantasy and then it’s WHITE WHITE WHITE STRAIGHT WHITE!!!!!!

What advice do you have for those looking to get into writing their own stories?

Writing is not for the weak or the faint of heart. It’s often grueling, painful, taxing and is the most disrespected and unacknowledged of art forms, but when you’re sharing your truth, your message, that story that you know God put you on this planet for, to immerse yourself in that world, with those characters, to go on that journey with them, to discover a profound truth about yourself and about the world and to share that with the rest of the world. Greatest feeling ever. Don’t follow the trends. Be an innovator. Be true to yourself and be true to your art. My buddy James Artimus Owen said it best, “Yes, writing a book out of duty will yield a good book of an appropriate word count. Writing a book out of love will yield an extraordinary story that will touch hearts, move minds and change lives.”

With what I have learned, I could definitely see West of Sunset coming to big or small screen in the future. The door needs to be opened a bit wider for diverse story telling. Please check out Dennis R. Upkins official website for more information about West of Sunset, Hollowstone, his future convention dates, and all other upcoming projects. Both books are available for purchase on Amazon.com. Let’s help him make urban fantasy a reality and bring it to the masses!