Or, you know, a full season order.

You know, if that 13 episode stopping point wasn’t obvious enough.

It’s been a cut-throat TV season. Whereas you have shows like Arrow, The Flash, and the entirety of Shonda Rhimes’ Thursday lineup that got renewed without question, shows like Bad Judge, Selfie (a sh*ttily named, yet underrated show), and many others were cut way before their time.

And then you have shows that are stuck in TV limbo—which TV aficionados affectionately call the bubble—like Constantine.

THERE IS NOTHING AFFECTIONATE ABOUT THE BUBBLE. NOTHING WHATSOEVER.

Constantine was NBC’s attempt to get in on TV’s influx of superhero-based TV shows. And, frankly, I am willing to call that attempt a success. Having said that, it appears that NBC is having second thoughts about giving this show a second season. Thus, I have taken it upon myself to explain why Constantine should stick around.

So, without further ado, here are ten reasons why Constantine deserves a second season: 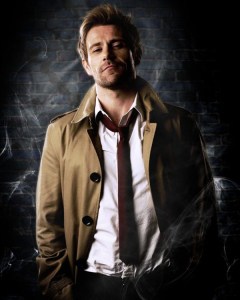 Let it be known that John Constantine is the most manipulative, self-interested, arrogant, and reckless motherf*cker in these comic book parts.

Oh and he gets magic on top of all these horrible personality qualities. Call him the “magpie of magic” (the show itself referred to him as such), so to speak.

Constantine is this story’s protagonist and based on his listed attributes above, he most certainly SHOULD NOT be. Yet he is…and you ended up loving the show because of it. Previously a con-man who checked himself into a psychiatric facility after experiencing a traumatic event (to be explained in #9), Constantine ends up being enlisted by Heaven to investigate and also fight back the forces of darkness (with the added caveat of possibly saving his currently damned soul in the process. See, I told you. Self-interested) because no one else is as skilled or decisive as Constantine.

Constantine becomes Heaven’s only option. You know sh*t is bad.

Side-note: Constantine simultaneously functions as the damsel-in-distress of the team a lot of the time and it is hilarious.

Chas is an occasionally derpy guy who is best friends with Constantine. He joins his “save the world with semi-sketch magic” parade near the beginning of the series. He’s a chap with a good heart—something that Constantine would say with little sarcasm…which says a lot—and he also has one attribute that sets him apart from Constantine’s other teammates:

Think Forever with the darkest of twists.

It’s quite hilarious how many times that Chas will end up croaking in a given episode. And even though we have yet to find out why he continues to evade that, it is one of those on-going mysteries that I would like Constantine to be able to explain down the road.

If the show survives that long, that is.

Side-note: Chas has this great, dry humor that makes for some hilarious scenes when returning from the dead.

Zed is another one of Constantine’s teammates. She is actually the show’s second female lead (its’ first one was so annoying and uncompelling that she got kicked to the curb with great speed) and has earned every right to remain on the show in my eyes. She is what can be best described as a tactile, precognitive psychic. In other words, she sees snippets of the future and/or other supernatural happenings when she touches them or happens to draw them, as she is an artist in this series.

To be honest, I was initially worried about her as a character because her powers are essentially “touchy-feely” and she had all of the potential in the world to fall into the “super-ultra-feeling female” who is super in touch everybody’s feelings trope—which, you know, is annoying and played out.

Basically me every time this trope comes up.

However, all of my worries ended up being in vain because she turned out to be such a badass character that uses her sensory powers to the utmost advantage for her and the squad (basically for traveling or magical mystery solving purposes).

Another thing I will add is that she was thisclose to becoming the sexy/sassy/spicy token Latina of the group, but somehow the writers were able to avoid this obvious trap and turned her into a great, nuanced character—which is something that I want good characters to be.

Side-note: She can also throw down, which is hilarious as compared to Constantine who is forever getting kidnapped.

In the show, Manny functions as BAMF angel who is assigned to watch over Constantine (granted, I would never want that f*cking job, but I digress) and presumably make sure he doesn’t get into too much sh*t. As the series progresses, however, it becomes extremely obvious that that in itself is a tall order, because Constantine LIVES for getting into sh*t.

This is BASICALLY Constantine every time Manny shows up -_-.

That being said, Manny is one of those guys that you always want with you and not against you. While, a lot of the time, he has to be somewhat passive and cryptic because of the nature of his orders (no one wants to cross the Big Kahuna, okay?), he ends up being clutch in the tightest of circumstances (there’s a great episode where he lays down an ass whoopin’ for the books and it is frankly rewarding for all parties involved).

Basically, I wouldn’t mind watching Manny just be Manny for a whole hour.

Side-note: There are also great instances of Manny basically Batman-ing Constantine, which I find hilarious and fantastic.

How do I even begin to describe the wonderful character that is Papa Midnite?

SO MUCH SWAGGER. Like, I’m talking Idris Elba level swagger.

Papa Midnite happens to be vodou shaman and businessman who has major beef with Constantine after Constantine swindles Papa Midnite out of a major prize in an earlier episode (because, as you know, Constantine is forever manipulative and forever swindling people). Despite that, the two end up working together down the road because of a greater threat and it highlights what a cool character he is (I personally hope this is one of those Goku/Vegeta situations where they start out as nemeses and their relationship changes over time).

Other than that, the main reason I love Papa Midnite is because of how Haitian vodou (and I guess vodou in general) is portrayed through him. Hollywood tends to portray its version of voodoo (spelling intended) as ghoulish and frankly f*cking exploitative. They portray the people and such practices as primitive and scary (the other!), which can be aggravating.

Instead of that happening here, however, NBC (shocking, right?) and its writers have presented it as another type of mysticism, which I think is awesome and further grants credibility to the show.

Side-note: Papa Midnite has this great moment where he tears into Constantine in regards to his selfishness and his (and his people’s tendency—the Brits) to culturally appropriate things—especially magic. Honestly, it has been my favorite moment of the series so far and I am still shocked that NBC managed to go there. 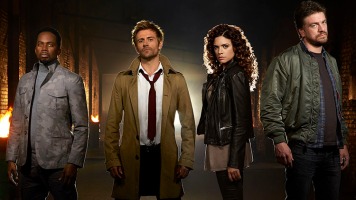 When I say “the whole damn crew”, I really mean Constantine, Zed, Chas, and occasionally Manny. Nevertheless, I am a huge fan of their team dynamic. I definitely would not nearly be into this show if Constantine were going at this alone versus being surrounded by other badasses in their own right.

Essentially, what I am saying is that if you come for the magic sh*t, you should stay for the awesome crew.

Come on. Come on! You know you wanna stay.

7. It Is NOT Supernatural.

Presumptive people have wrongfully dismissed this show as another Supernatural—which makes total sense, seeing as Constantine was a thing way before Supernatural, right?

There’s just so much…stupidity in the air. *le sigh*

Even if I were to except that notion, (which I shall not), it doesn’t even stick, seeing as the only thing Constantine has in common with the Winchester Brothers is that the show is sometimes presented as a monster/magical creature of the week. That is literally where the similarities end.

The Winchester Brothers have a sense of moral responsibility, whereas Constantine frankly doesn’t give a f*ck. Well, not quite, but he’s definitely not as ruggedly heroic or morally responsible as The Winchester Brothers. In their universe, everything is a lot clearer and black and white…and there is no such thing in the Constantine universe. Nothing is as it seems and everything is complicated—and I LOVE that.

Granted, I love Supernatural (up until season 5 and nothing after that), but I love Constantine more because I like seeing people portrayed as they are: complicated.

8. The overarching plot: The Rising Darkness 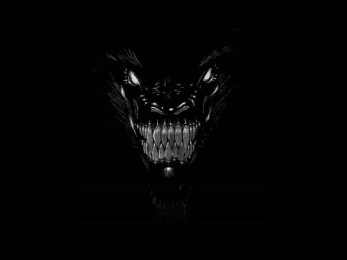 Initially, when I first heard “The Rising Darkness”, I was instantly taken back to “The Rising Tide” of Agents of Shield and it left the worst taste in my mouth (I am aware that AoS is better now. I’m still not a fan).

Pretty much me whenever I hear “The Rising…”

After moving past my initial disgust, I found this plot point to be slightly fascinating. Without giving too much way, this plot arc deals with all of the magical mysteries in this show that end up compounding upon themselves. It is clear that something bad is going down (so bad that these happenings are becoming more frequent and more dangerous for our titular team), we just don’t know what yet.

And that is something I’d like to be able to find out without the threat of this seriously underrated show being cancelled.

You remember that “traumatic” event I referenced in the beginning of this article? Well, this is it.

These are the following ways I can put this incident in context without spoiling it to nth degree:

This is Constantine’s Krypton exploding.

This is the murder of Nora Allen for Constantine.

This is Gordanian’s attacking Earth (Starfire’s peeps) for Constantine.

It’s the Chitauri attacking New York in The Avengers for Constantine.

Principally, this is an accident that, instead of bringing friends together like the latter two events above, drove an entire group of friends apart because it was that tormenting and haunting.

In relation to Newcastle, old “friends” of Constantine that were also associated with that incident usually show up for select episodes to help with the so-called monster of the week. These usually end up being the best episodes because not only do they give more insight into why Constantine is how he is, but they also further the plot in a huge and enthralling way.

Basically, give me all of the guest stars, NBC. ALL of them.

So, in conclusion to this post, and speaking directly to NBC:

Renew this show. Please. It has wonderful potential and deserves an honest-to-God shot at another season. It has already been granted a better time slot (and thus giving it an honest chance at building a following). What’s stopping it from getting that coveted 2nd season that it so rightly deserves?

***This post is dedicated to fellow friend and fellow Constantine fan, Tor.***

6 thoughts on “10 Reasons Why ‘Constantine’ Deserves a Second Season  ”