Lovers of the Zoo, I am truly disturbed.

After spending the day trying to be an adult, with buying groceries and sh*t, I came back to my apartment where I found a particularly disturbing image waiting for me on one of my social media accounts.

What was the image in question?

Well, you can peep it yourself below.

Yeah. It looks trife, don’t it?

This was my face upon initially seeing it. This is still my face now.

Anywho, I want to use this post to seek some answers from Arrow and make sense of what the f*ck I just saw. But before I do that, I MUST roast it and expound upon what I think it looks like.

So, first of all:

1. It looks like the Michelin Man pulled a Baymax and suited up.

You know he’s all soft and squishy and sh*t. He’s gotta protect himself too. I guess.

2. It looks like the Tin Man from The Wizard of Oz.

Okay, I know I’m reaching here and since I didn’t stretch first, I’ma chill with this one. But still. If I squint just a little bit, it looks like he could be related to him.

3. It looks like the Magna Defender from Power Rangers: Lost Galaxy. 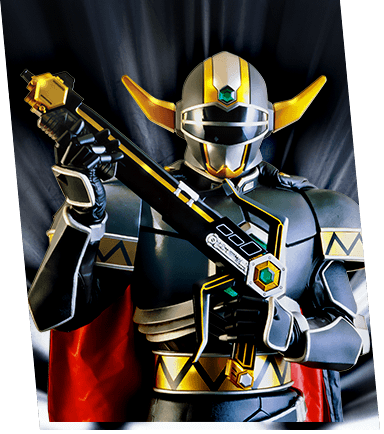 I’m showing my Power Ranger nerdy ass here and I’m being extra petty, but you remember that time Leo lost his brother—Mike—and thought he died when he fell in an abyss, but then Mike was all like “SIKE” and came the f*ck back to life with a new, super ass Power Ranger suit where he would become the Magna Defender???

Yeah, that’s the one. And Diggle’s suit looks like they ran out of material to add a visor, black paint, and all that extra sh*t, so here we are.

4. It looks like Arrow used leftovers from the Steel suit.

We all remember the tragedy that was Steel, right? Okay then. So, my question is why it looks like they used the scraps from the Steel suit to make whatever abomination I’m currently looking at right now.

5. And lastly, it looks like Magneto and the Destroyer armor came together in the unholiest unions or the most unethical of experiments and produced the horror that is this suit.

Magneto and Charles Xavier’s mind fusion baby, Onslaught, ain’t got SH*T on this.

Yes, as if the bastardization of Magneto and Charles didn’t do enough damage to the X-Men and comic book world at large, Diggle’s new suit has somehow managed to be worse by looking like the demon spawn of the Destroyer armor and Magento. Like…

The lines and creases on Diggle’s suit and helmet also don’t help to draw away from the Destroyer armor comparison and it makes it look like Diggle should be f*cking around with Thor and friends versus Oliver and them. On top of that, it looks like something Magneto–circa 70’s Magneto, circa Michael FassBAEnder (heyooo)–would wear right before stealing Wolverine’s motorcycle and driving off into the sunset.

Which, as much as I like old school Magneto, is unacceptable.

But on a more serious note, Arrow we need to talk. What in the sh*t is this? Who thought this was a good idea? I don’t know if your costume department was attempting to go for something “terrifying”, but if they were, let me be the first to tell you to scrap it (heyoooo) and start over.

Look, Arrow. I was already on the fence about this show because the last season was rough as hell and, frankly, excruciating as sh*t to sit through. Personally, I wouldn’t be against getting mind wiped and forgetting it ever happened.

Go ahead and f*ck me up Will.

But seeing as that can’t happen, I was hoping that this season would at least attempt to do better because I clearly haven’t learned my lesson about optimism yet. HOWEVER, if this suit of Diggle’s is a sign of more trifling things to come, I want no part in this.

And seeing as I have nothing else to add, I will leave you with this extremely petty quote and reaction from Torbeast upon laying their eyes on Diggle’s new suit:

…Call it Man of Steel. Because no one asked for this.