I pondered about how I was going to approach the cat that is Luke Cage through this piece. Was I gonna give a quick recap? Or maybe a reaction? Or maybe even a five-minute review? Truth be told, I want to do all those things.

Because Luke Cage is a love letter to Black people. You can see the careful time, work, and dedication showrunner Cheo Hodari Coker poured into this project. Luke Cage also makes it painfully obvious that Marvel has realized that it has a Black audience that is no longer accepting invisibility.

We demand to be visible.

And Luke Cage is definitely a damn good start.

Still, since I’m continuously attempting to wrap my head around the series (as of right now, AJ and I are working on Episode 12), I won’t be getting into all the details that I would be getting into if I were to be writing a review. But…I do wanna zero in on some of the show’s…Blacker aspects. 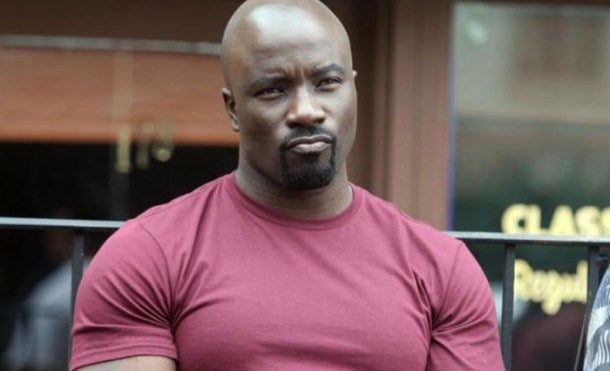 And a good way for me to focus in on the show’s Blackness is to zero in on the reactions to it. Case in point, besides the, you know, typical reactions of Dougs™ who aren’t very keen on protagonists who aren’t White, male, cis, and straight, The New York Times, in particular, had–what I’d call–quite a visceral reaction to the debut of Luke Cage.

One of their TV critics, Mike Hale, complained about the shows many “cultural lessons” and how the show shoehorned said lessons in too much. He also talked about how the shows dealings with racial politics were lost in translation or didn’t come across that well. The most humorous and simultaneously outrageous of his claims was when he stated that Mike Colter’s Luke Cage was better suited for a “supporting role” on Jessica Jones since it didn’t look like he was up to carrying his own show. He even went as far as calling the whole effort “average”.

Is that why Luke Cage quite literally broke Netflix and Jessica Jones didn’t?

So #LukeCage crashed Netflix? But…that NYTimes review said he was better as a supporting character on Jessica Jones… pic.twitter.com/SMJfvEOVrI

To be honest, I didn’t need to even Google Mike Hale to know that I had just read the words of an out-of-touch White dude who didn’t at all understand the kind of show he had just consumed. Of course, I did Google him just to make sure I was going to be factual in my dragging of him and all other presumptuous folx him.

And you know, here’s where I say something Mike (and other White folx) won’t like:

Luke Cage was not made for you. It was not made to cater to you. It does not cater to you. If you are not Black, then you will not understand 99% of these “cultural lessons” you speak of. And you gotta deal with that because that’s what the rest of us deal with when we turn on our TVs and see that 99% of the shows on-air either treat us as afterthoughts or don’t think of us at all.

Go watch the 45th season of Supernatural and be comforted by its overwhelming Whiteness if you’re really having issues coping with the existence of Luke Cage. That should help you sleep better. I guess.

Whoops! Did I say?

On the flip side, reactions like Mike’s really made me focus in on what exactly makes Luke Cage so Black that it would leave so many Mikes™ in shock. I eventually came up with a long list of things but decided to narrow it down to these four biggies:

1. A lot of people say “nigga” in Luke Cage. A lot.
2. The show features more Black people in New York than I have ever seen in a TV show production (while this is especially directing at recent TV shows, I am going to loudly call out Friends in this regard), let alone another Marvel production.
3. The show delves into a lot of Black politics.
4. The show does not shy away from nodding to the current political climate of this country.

While all four of these things intertwine with each other to create the really Black show that is Luke Cage, number one makes me laugh because it’s not exactly new. If anything, the Mikes™ of the world should be used to it since they LOOOOOOOVED The Wire so much, right? They said “nigga” there all the time, right along with their other favorite (“shiiiiiiiiiiiiiiiiiiiiiiiiit”); so why would that, or any other form of racial [re: Black] politics on the show, make them so damn uncomfortable?

So here comes Cheo Coker and his squad. Writing all these nuanced Black characters. With feelings, thoughts, dreams, and culture.

It’s unheard of, really. Almost damn near preposterous, if you ask me. An anomaly…if you will. I mean, how can it be possible that Black people could write Black people better than White people (read: White men)? It couldn’t at all have anything to do with, hmm, I don’t know, lived experience?

Considering all this, it is NO WONDER that Mike would be so shook.

Of course, that doesn’t mean the rest of us have to give a fuck that he is made uncomfortable by this because I surely don’t.

Anyhow, revisiting that “nigga” point, the use and discussion of it (in line with other racial politics on the show) is something I truly enjoyed. The debate in the Black community about whether or not it should be used has raged for hundreds of years and somehow, Coker and team were able to get that tension to come across through a simple conversation between the streetwise, fast-talking Cornell Stokes (Cottonmouth) and the prim, proper, and “uppity” Mariah Stokes.

“It’s easy to underestimate a nigga. They never see you coming.”

And you know, as someone who loves the word, and thinks it is our right to reclaim it, I had to do a little head nod to that.

But that’s not the only time the show gets really real about being Black and what it is to be Black. There is a later conversation between Mariah and Cornell that brings forth the issue of colorism. Now, what’s interesting here is that Coker and his team use Mariah’s comic book moniker–Black Mariah–to do it (which I thought was clever as fuck).

When it’s clear that Luke is going to continue to be a problem for Cornell (and by extension, Mariah), Mariah puts pressure on Cornell to get the situation under control and Cornell explodes on her, telling her to “shut up” and calling her “Black Mariah” in the process. She hits back by calling him “colorstruck”. 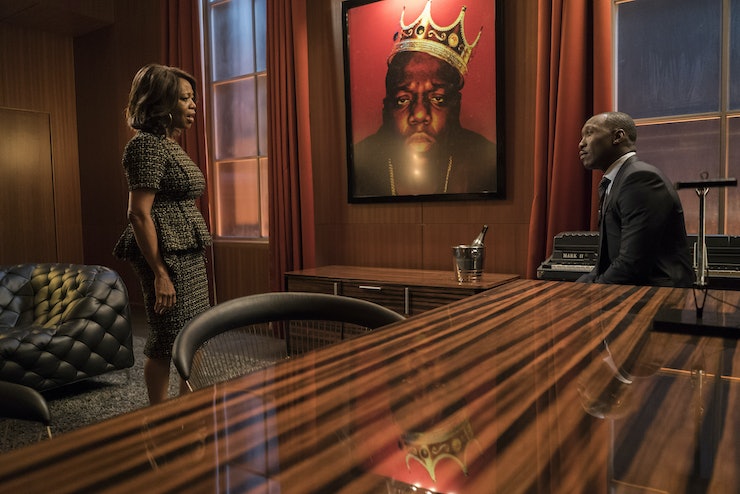 Now, once again, if you aren’t Black, that flew over your head (as it should, because once again, it’s not for you), but if you are, you got that right away.

It’s no secret colorism is an extremely sensitive issue when it comes to Black folx and the show doesn’t shy away from directly or indirectly addressing that. From all the women in Luke’s life (who are noticeably of a lighter complexion) to the one woman he isn’t interested in having coffee with at Pop’s Barbershop to Cornell’s colorist comment and Mariah’s explosive reaction, the show presents it all and allows it to breathe.

And it is with this same, steady hand that the show presents pertinent, political issues. In short, instead of simply saying that #BlackLivesMatter, Luke Cage shows you that they do.

Outside of the obvious nod that is Luke Cage rolling around in Harlem and fighting crime in a Black hoodie, there is also a pivotal moment in the series where a Black kid is brutalized by a cop. A Black cop.

A handful of people were shocked by this development, but I thought it was an interesting move (especially if we all remember that famous N.W.A line about Black cops). I say this because it pointed out the fact that you do not have to be White to be an agent of White supremacy. And if you still need context on this, all you gotta do is look up the Holtzclaw Case and the Peter Liang/Akai Gurley case.

Both are prime examples that there’s a flaw in the system, the system itself never worked, and that “diverse” policing is not going to do a damn thing to dismantle it. Supporting character Detective Misty Knight (portrayed by Simone Missick) finds this out the hard way when she continues to face corruption at every turn in her attempt to “stalk justice”.

This is why I was both intrigued and horrified when Mariah used this pivotal moment as a way to push for increased and improved weaponization targeting superpowered humans like Luke Cage. While I was 200% down with Mariah taking the NYPD to task and standing up for her Black and Brown citizens and their right to not be brutalized at every turn, I was not down with Luke Cage being the scapegoat for this, especially considering that he has to live at this weird intersection of being both Black and superpowered.

Of course, none of these tough conversations would be at all possible if Luke Cage’s cast of people wasn’t extremely Black and extremely inclusive.

And having conversations like these is what ensured that Luke Cage would be Marvel’s (and Netflix’s) Blackest show to date.

And that, dearest lovers of the Zoo, is not hyperbole.