Lovers of the Zoo.

The last time I wrote here, we did not yet have an Unstable Orange™ as the next president. Lucifer Swift™ was still underground and not out in the open, conspiring to make a “hip-hop” album with Supreme Light Skinnnedt™ Drake. And I could have sworn Ghost in the Shell was gonna cancel itself…instead of releasing a trailer that was an Asian fetishist’s wet dream.

This is the state of our world. And I gotta say…it’s pretty shitty.

This is indeed the darkest timeline.

Still, I’ve been told numerous times in the last two weeks that my shenanigans are gonna be one of the few things to get a lot of people through these next, presumably, tumultuous four years.

I’m not entirely sure how true that is, but I’d like to make an attempt.

And as the first of my many attempts, here are twelve fictional characters with questionable morals who I’d rather have as president of the United States…over La Naranja™ :

To be frank, there is no version of Ra’s al Ghul that doesn’t seem rash or extreme.

To explain, I’d rather have to deal with the al Ghul clan for a variety of reasons. For one thing, he’s head of his own clan of mystical warriors. That kind of responsibility can’t be easy, since that shit was a super duper secret until Head Chet™ Bruce Wayne came in contact with it. Then, all bets were off.

And, you know, despite all of Ra’s extreme measures, he does tend to be on the fair side…if he refrains from dunking himself in a Lazarus pit every ten minutes (and also firebombing whole cities).

I know what you’re thinking: how in blazes to Deadpool make it higher than Ra’s?

There are tons of reasons, and I’ll let Deadpool himself clue you in on one:

Moving on, Deadpool, despite his bouts with insanity (since we know that people like to associate being mentally ill with being evil. Which is false, by the way), is in fact a good person. Granted, his alignment tends to be on the extremely CHAOTIC side, but he is good nonetheless. When he’s in the mood. On a good day. Occasionally.

Of course, it’s fine to be concerned with him being in office, but seeing as he has vested interests in all of the classes of people that The Orange™ and his cronies are planning to attack (he’s queer, he’s mentally ill, he’s a mutant…which counts for at least three marginalized classes of people), I doubt he’d misuse any of his power in that regard.

The worse he might do is give chimichangas a holiday.

And I would take that over, I don’t know, conversion therapy.

This one was a tough one for me for the same reasons why Loki is not on the list.

I tend to not look at genocide (re: Planet Namek) very kindly. It would seem that most don’t.

However, like every other anime character in anime history (most famously people like Gaara from Naruto, Scar from Full Metal Alchemist, etc), Vegeta does eventually get a redemption arc that proves that not only is it possible for him to put his hubris aside, but when he does, he is capable of immense sacrifice.

There’s that and the fact that while he was on Planet Vegeta (heh) he was part of the ruling family. I mean, Lord knows that he likes to yell that he is the “Prince of Saiyans” every other episode and that has to count for something, right? You know, besides being the king of Goku, the last remaining [full-blooded] Saiyan besides fuck ass Broly…but I digress.

How do I even describe Namor?

Okay, but I seriously don’t know how to describe this dude HELP

See, I myself am a bit iffy about this, mostly because if Black Panther don’t trust you, I gotta shoot you. Even more seriously, Namor’s got quite the temper and hubris on him, which is not unlike our fair Vegeta.

Despite these glaring flaws, however, Namor—when he’s not fighting Attuma every other week over the throne (man, these royal types always got some mess happening in the background!)— shows the greatest amount of empathy for his people and would quite literally give his life for them…even when they don’t really appreciate it.

He also, like Aquaman, does the necessary legwork when it comes to diplomacy, even though he doesn’t care much for it.

This makes him a good leader and puts him world’s ahead of The Zoranj™. 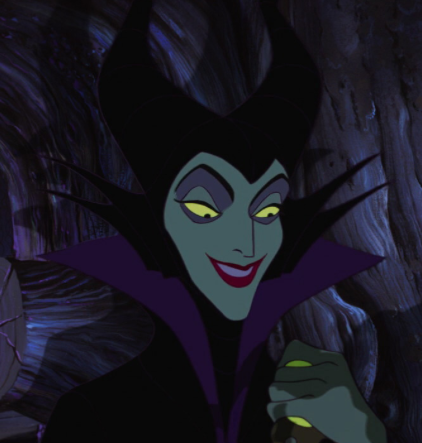 I love me some Maleficent.

And I would have loved to place her higher, but her level of petty is severely unmatched (I mean, coming through to fuck with some kid because her parents didn’t invite you to her birthday party? Say it with me y’all, P to the E to the T, T, Y!) and sometimes you gotta know when to let the petty dogs lie when you want to occupy an office as high as President of the United States.

Of course, pettiness aside, I’d still be inclined to trust her judgment. When she’s not being petty, she is wicked smart (emphasis on the wicked) and it doesn’t hurt that she can turn into a dragon.

Bitches love dragons (I know I do)!

Let me be very clear: I do not like Odin.

I think he is an ass. I think he is an ass that did Loki extremely dirty and in turn created a villain that the world did not want nor need. He’s an ass that—if we’re being honest—should have already stepped down and let Frigga rule (RIP) since she’s clearly the only one in the Odinson clan with heart AND sense.

I would still take the now-senile Odin over Oroma™ any day.

Yep, you heard that right.

I know, I know. HOW LEX? Well, it’s simple. Between Odin’s bouts with his old age, he still has some sense. He’s not exactly a loose cannon and if he does start wildin, usually one of his remaining (living) family members steer him back on the straight and narrow.

So basically, four years with Odin would be bearable as long as we had, like, Thor standing next to this dude. I would suggest Loki, but I’m pretty sure he would try to choke his man out in his sleep so…

Similar to someone like Dr. Doom, Kingpin is one of those villains who happens to fuck with anyone and everyone. Just because he can. Granted, he usually keeps that shit in New York, so I can’t be totally mad.

That said, I do prefer the Netflix version of Kingpin. A little bit complicated but someone who is trying to do right by his city and his people. Even if it doesn’t pan out like he would like.

The thing is, if we surround him with the right people in this case, this might actually end well for us. Of course, this is contingent on him, like someone else on this list, not being so obsessed with a certain devil that he can’t even do his job correctly.

Before I even continue, let me say that the only versions of Aquaman that I would even except for this task are Harpoon Hand Aquaman™ and Jason “Aquaman” Momoa.

All other Aquamen are insufficient.

Moving on, Aquaman placed fairly high on this list because like a few others here, he has experience with ruling and/or governing a country. He is also experienced in the diplomacy game (much to his chagrin). So unlike A Laranja™, he wouldn’t immediately plunge us into war. Nor would he have any desire too.

In addition to this, Aquaman also has the cajones to do what is necessary to keep his people and his country safe. Don’t believe me? Ask Harpoon Hand Aquaman™ how he got his harpoon hand.

If Black Mariah is anything like she was in the Netflix series, I am definitely taking her as president in order to avoid a Tangerine-fueled™ future.

Mariah, while shady, is qualified for a number of reasons. Unlike The Orange™ , she is an actual politician with actual political savvy and actual experience. She also does somewhat care about the community and people around her, even if she gets a little elitist and/or bougie about it.

It’s almost like she’s the typical democrat, but with less shucking and jiving, since she, unlike some people (cough, Hillary, cough) wouldn’t have to prove her “downness” with people of color.

There’s that and the fact that the exit polls for this fuck ass election prove that Black women are the only people in this country with some sense, so I’d rather bet all my chips on her.

I’ma be honest. By most accounts, Magneto should be #1. But because of the way my biases are set up, that obviously didn’t pan out.

Still, I ride hard for this Metal-Bending Menace II Society™ . Because if you didn’t already know, he and Professor X are loosely based on the ideologies (and sometimes rivalry) of Malcolm X and Martin Luther King Jr.

And the former is pretty apparent too, since Magneto has always been about that “by any means necessary” life, which isn’t too surprising. As a well-documented and highly visible Holocaust survivor and as someone who would abhor the Alt-Reich™ rhetoric bouncing around in 2016, Magneto don’t play that shit and he certainly wouldn’t as President[-elect].

I’m also fond of Magneto in this regard because he does not believe we should be nice to our oppressors.

And I don’t either. 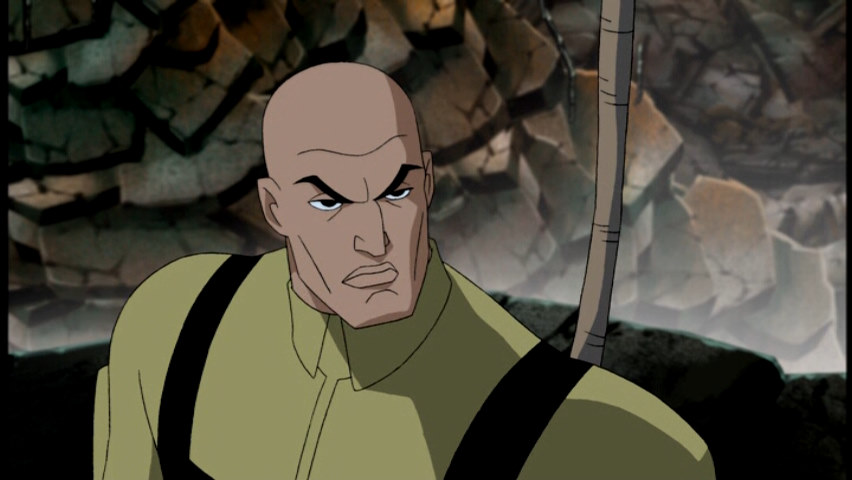 Luthor is perhaps one of the few supervillains in any fictional capacity that I would permit to President of the United States of America. In fact, he doesn’t really need my permission. He’s already been president once or twice.

And it would especially be a “fuck no” for any version of Lex Luther played by Jesse Eisenberg.

That said, I prefer Smallville’s version of Lex and the JLU version as well. Both iterations are actually smart and occasionally charming businessmen.

And I mean actual, successful businessmen.

Not whatever the fuck That Orange Dude™ is.

Both are also capable of using and not potentially abusing the power of President. You know, sans their shared obsession with a certain, extraterrestrial undocumented immigrant.

Let’s be real: who didn’t think he was gonna be on this list?

To be honest, it would have been odd for him not to be here. Because if anyone is qualified to rul—excuse me–“preside” over the United States of America, it’s Victor Von Doom.

That name might night be a good omen though.

Though his life would inadvertently be fucked over by Reed Richards, Doom would eventually go on to become a sorcerer, a scientist, a supergenius, and king of Latveria. He’s highly formidable in all four of these categories and is a recurring opponent of basically the entire Marvel Universe.

Now, the former part about him being a monarch is key, because as far as I’m concerned, Latveria is at the top of Doom’s list of priorities and one of the more stable places in the Marvel Universe. He is pretty adamant about not letting any weird harm befall his subjects.

Plus, word on the street is that Latveria has free education, free healthcare, and a host of other free shit we could use right now. So…sign my Black ass up. I’m moving to Latveria.

Yo Victor! Hold that Uber!

What say you, Lovers of The Zoo? Who would you rather see as President? Let me know in the comments below!